John and Zandra Preston founded PreZ Racing in 2017 drawing on John’s experience and success as former team co-ordinator of Radcliffe’s Racing. Hailing from the Isle of Man, “the Road Racing Capital of the World”, they are passionate road racing enthusiasts. Their vision was to establish the only Manx based road racing team with the experience, knowledge and desire to win races.

Up and coming road racer, Jamie Coward had a successful 2017 racing season bagging several podium places and consistently finishing in the top 10. As the team’s rider, Jamie will be racing on PreZ Racing’s two brand new race bikes, a Yamaha R6 Supersport, built in 2017 for multiple TT winner Ian Hutchinson and a 2018 Suzuki SU650 Supertwin built especially for Jamie to ride at the TT 2018.

With Jamie on board these competitive machines, PreZ Racing are aiming to become a force to be reckoned with on the road racing scene.

With the increased support of Prosper², a business club for owners and directors of SME’s and provider of Prosper² Rewards, the UK’s leading business-to-business loyalty programme, PreZ Racing continue to grow and progress commercially. As title sponsors, Prosper² offer a range of attractive sponsorship and corporate packages to both help the team’s success and allow their commercial partners to promote and grow their businesses.

Prosper² Members can now participate in this success which offers the high octane excitement of road racing combined with the buzz that comes with being involved in a race team; something that is very different from traditional sports offerings. 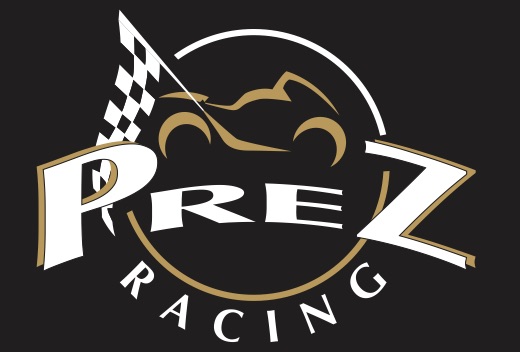 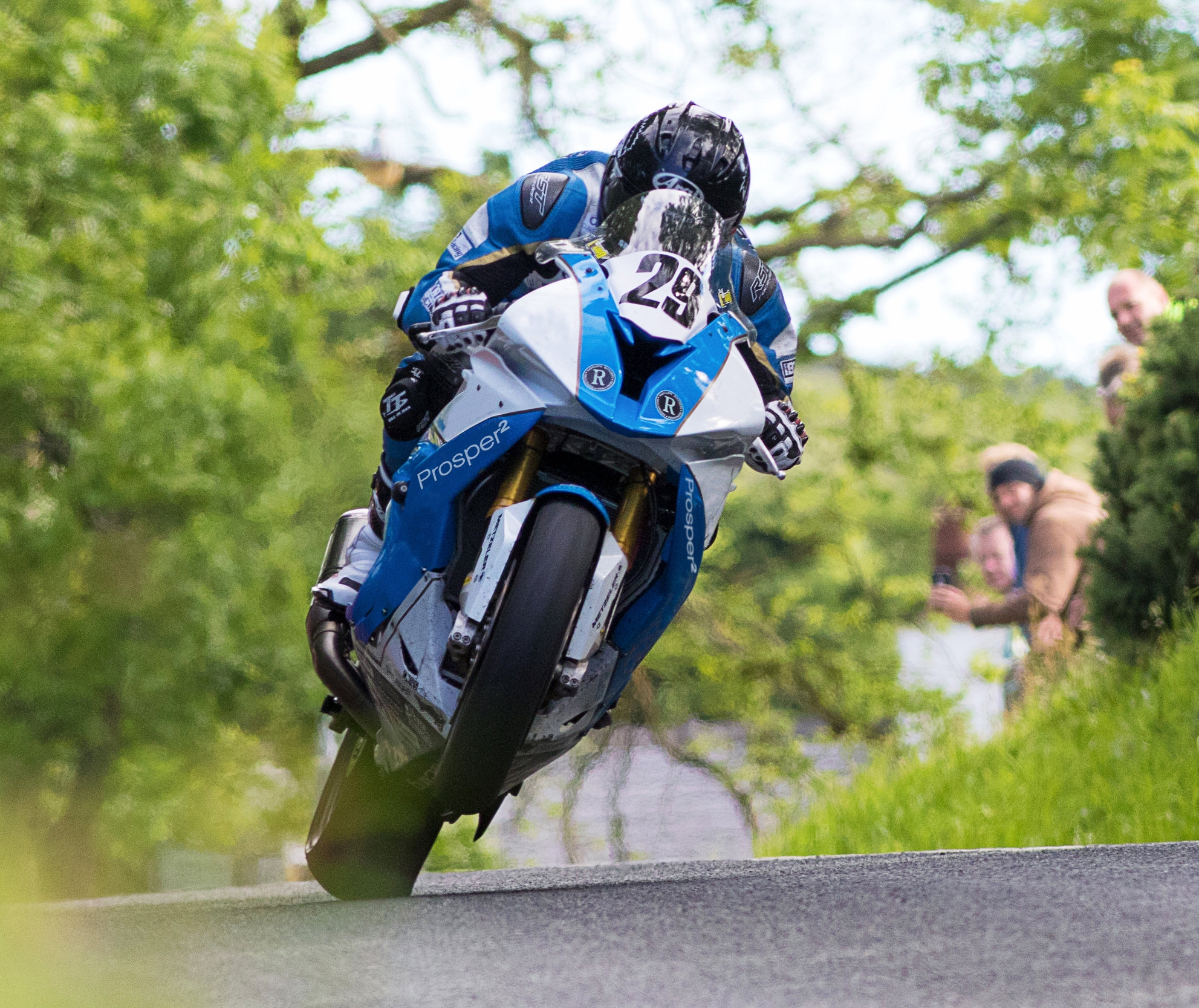 Marketing in today’s economy requires that corporations only dedicate their time and resources to opportunities that present them with the most return on their investments. Advancements in technology have made it harder to mass-market products and services since consumers now have more control over how and when advertising messages will reach them. As such, we would like to work with you to market your products and services in a way that will capture consumer attention, garner consumer loyalty and maximise your investments.

“Our rider and the bikes are available to you off the track as well, to help you further market, entertain and promote your brand, products and services.”

Racing fans are every advertiser’s dream market. Our fans do not avoid commercials. Why? Because the bikes and the racers are the commercials!

Sponsors have the opportunity to tap into a market that refuses to change the channel, turn down the volume, fast forward or skip commercials. Not only that, but fans at the race track delight in the opportunity to mingle with sponsors and manufacturers on the paddock. The paddock is where fans go to buy merchandise, get autographs and mingle with each other.

Above all, sponsoring team/riders gives you a diverse mobile marketing platform with a rich consumer base. The opportunities do not stop at the track and are only limited by your imagination. 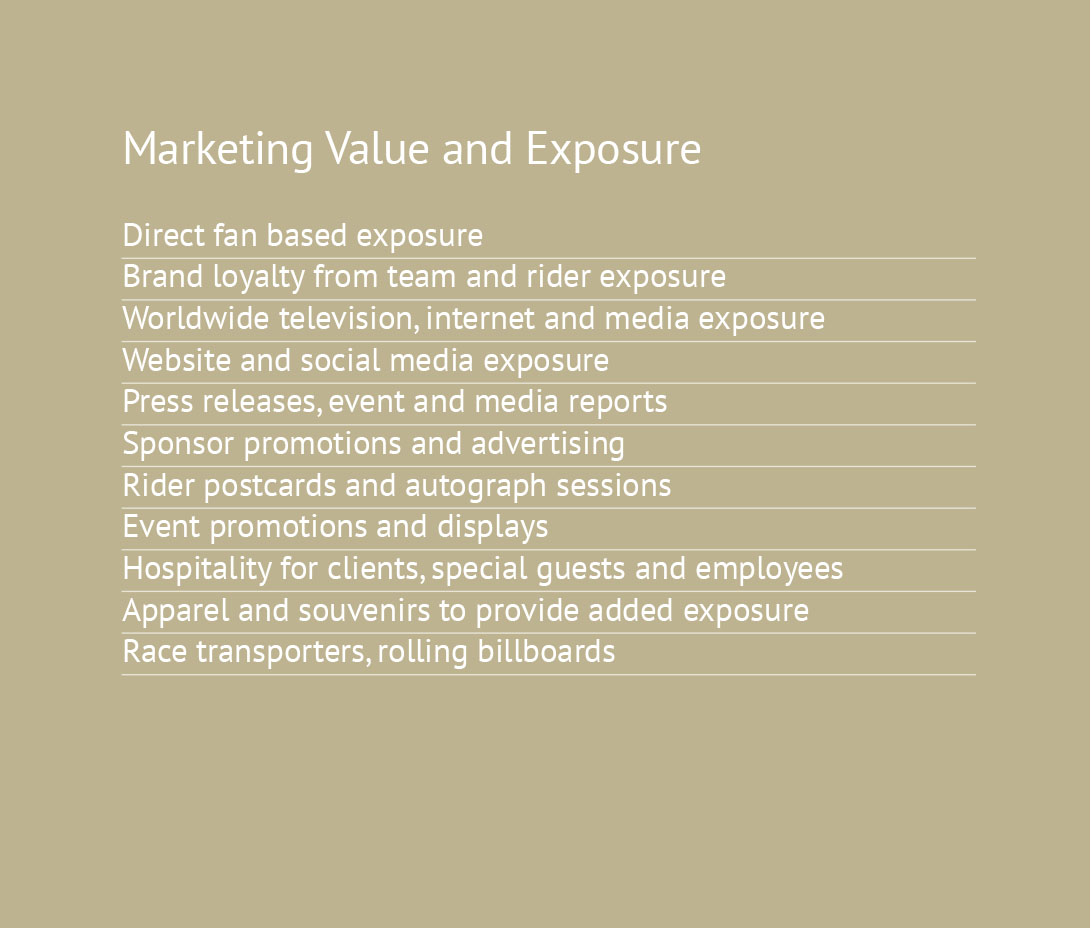 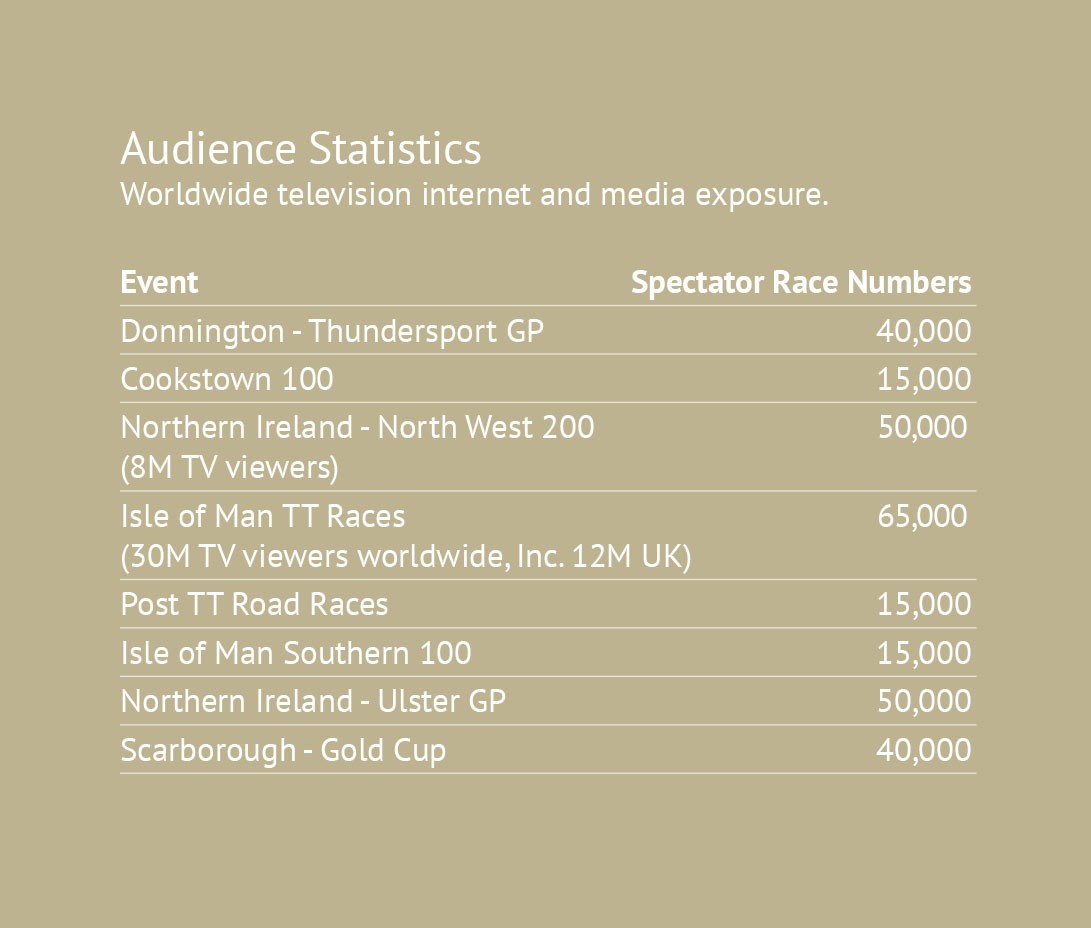 Coverage of the 2016 Isle of Man TT Races reached an audited audience of almost 30 million people worldwide, according
to the latest independent research and analysis from Kantar Media, an industry leader in broadcast viewer measurement.

The worldwide television audience grew by 2.4%, which represents an increase of over 700,000 people compared with the 2015 viewing gures. The TT was also featured or referenced in over 15,000 online articles published in 2016, a year- on-year increase of 28%.

Over 339 hours of dedicated TT coverage of 2016’s event was shown in 83 countries and was featured by leading broadcasters including Fox Sports in Australia, Sky Sports (New Zealand), Supersport in Africa, ITV4 in the UK, Eurosport and the Discovery Velocity Channel in the USA.

European markets accounted for 51% of the total audience, with ITV4 in the UK delivering a total audience of 12.1 million, the highest rating country while almost 3 million people in the USA viewed the Discovery Velocity Channel broadcasts in the USA.

Official Isle of Man TT website and social media operator Duke Marketing reported another successful year that saw a relaunch of the site optimised for mobile use, increases in followers on Twitter and Facebook and a big jump in viewing figures for the Official YouTube channel. Future growth of the site will now focus on growing audience engagement through interactive content and a stronger brand identity throughout the various channels.

Over 8 million views – totalling 21 million minutes – were recorded on the official Isle of Man TT YouTube channel through 2016, with one onboard video of Michael Dunlop’s record breaking Superbike lap being viewed 1.6 million times alone. 2016 also saw the number of subscribers to the channel increase to 95,000.

Manx Radio TT’s service, which is available on-line worldwide via the iomtt.com website as well as via Manx Radio aps, had over 350,000 unique connections during TT Race fortnight listening to live radio commentary in addition to the on-island radio broadcast audience.

Over 102,000 unique users accessed the TT’s live timing service during race fortnight in 2016 with a 58% increase in the average duration of the visit. A peak audience of 32,867 was recorded during the RST Superbike race on Saturday 4th June. The British Isles remains the leading market for online media coverage (articles) with the USA overtaking Sweden as the second highest country, while the growing in interest in India was reflected in 255 monitored articles, which moved it into the top ten list of countries by coverage for the first time. 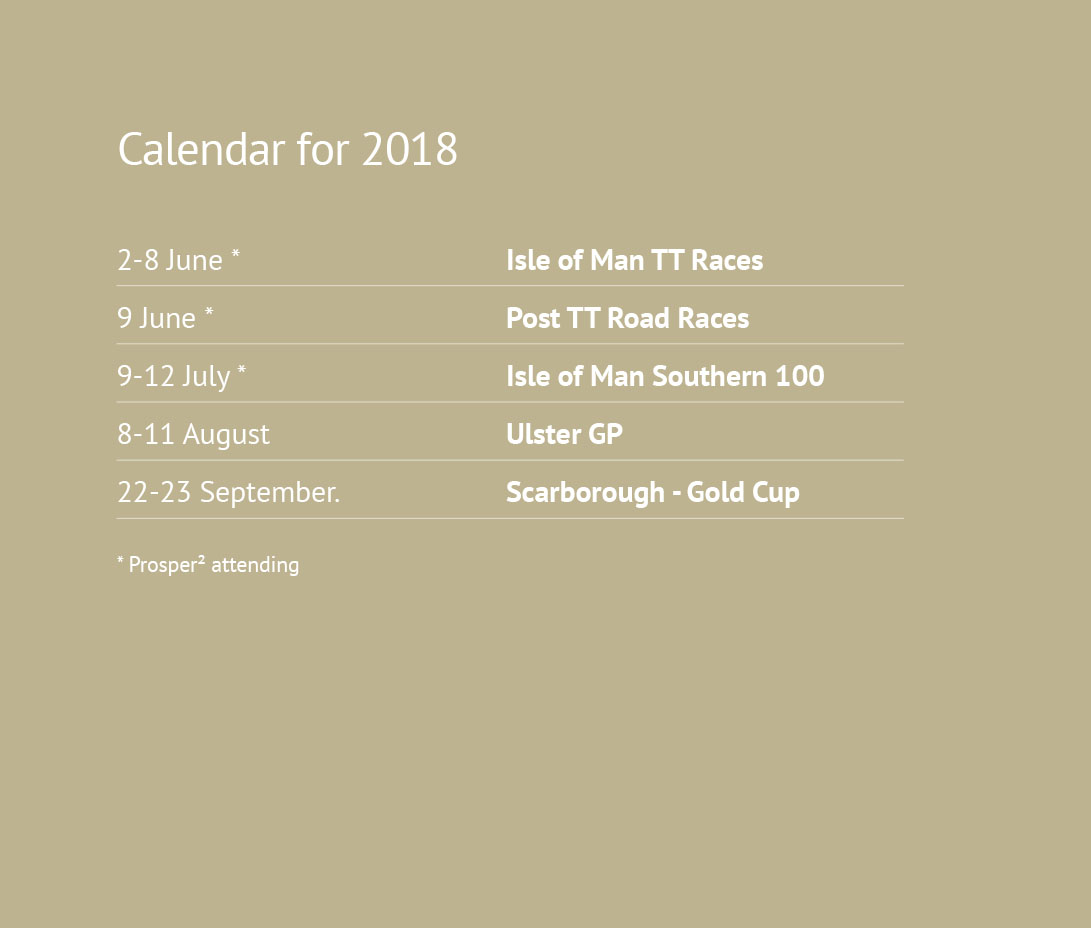 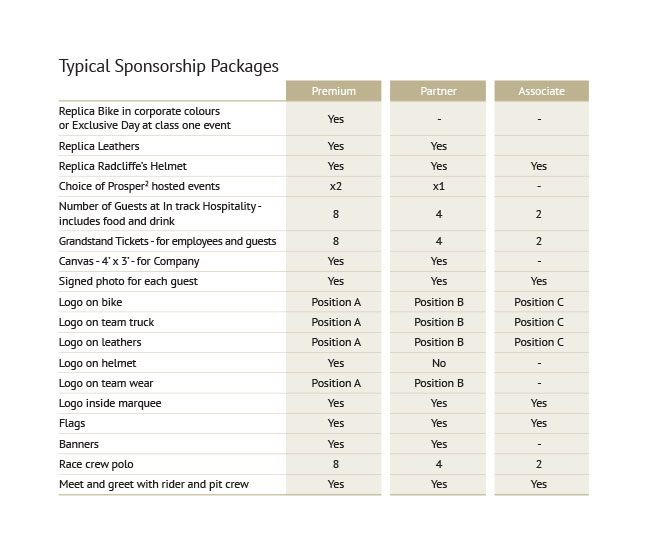 For more information about sponsorship opportunities with PreZ Racing please call us on 0203 8140 046. 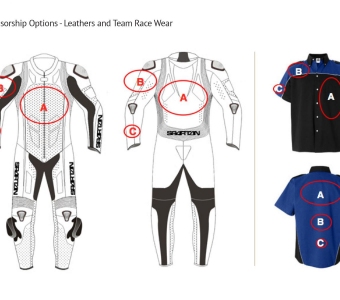 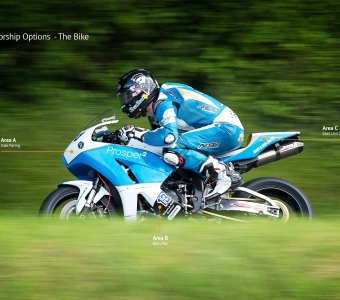 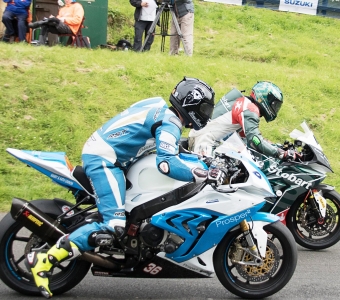